Which came first – the chicken or the egg? This is the never ending story of the relationship between Medical Massage and Physical Therapy. Put another way, what is the current protocol for treatment of patients with somatic pain?

A typical initial visit to a primary care physician ends up with pain medication and muscle relaxant prescriptions. The next step is PT. A minority of PTs have already realized that the correct application of manual therapy and Medical Massage techniques is a priceless tool of somatic rehabilitation. They apply time consuming therapies themselves or hire a correctly trained massage therapist. However, for the majority of PTs the treatment protocol is a combination of exercises, ice/hot application and various electric therapies. If conducted at all, massage is a very small part of the session.

In clinical reality, the egg is the application of Medical Massage that allows the practitioner to rehabilitate soft tissues. Medical exercises are chicken which must be used later to stabilize the clinical effect achieved by Medical Massage. During this time other modalities such as electric therapy and ice/hot application can be used as supportive therapy.

This Case of the Month contributed by Rabel Mangahas, LMT is a great illustration of how much PTs are missing without working with massage therapists. The situation with Rabel’s patient could have been avoided altogether if before hip adjustment the PT had used his expertise. In such case PT’s planned adjustment will be a valuable tool which helps the patient to recover instead of putting her into additional misery again.

A healthy appearing middle age woman involved in moderately athletic sports activities such as horseback riding and skiing presented with left side Lower Back Pain. She also complained of tingling on the dorsal surface of the foot around the greater toe.

Although she had no history of serious injuries or surgeries, her body exhibited visual imbalance. The patient was right handed but left side paravertebral muscles were visually larger than on the right side, with left side pelvis and hip elevation. Her left forearm musculature was also slightly bigger than the right forearm.

During palpatory examination she exhibited hypertonuses with multiple active trigger points in both paravertebral and quadratus lumbarum muscles, predominantly on the left side. The Sensory Test confirmed that she had a sensory deficit on lateral and dorsal surfaces of the left foot.

At this point it was obvious the patient had Lower Back Pain due to the tension in lumbar erectors and quadratus lumborum muscles and as a consequence she developed Sciatic Nerve Neuralgia affecting common peroneal nerve distribution.

I used a MEDICAL MASSAGE PROTOCOL from lower thoracic to sacral level and on the left lower extremity along the pathway of sciatic and common peroneal nerves. Treatment protocols included Lymph Drainage Massage, Trigger Point Therapy (TPT) and Postiometric Muscular Relaxation. All elements were bounded by the application of therapeutic massage during intervals. We planned on a 15 session course of treatment, twice weekly for the first 2 weeks, once weekly for the next 4 and increasing intervals thereafter.  As I suggested, she did daily hot showers, passive stretches and walks.

Also, she responded favorably to use of an inversion table. This is why we started and ended each 1 hour session with 5 minutes of traction. I found that TPT was more effective if I combined it with the application of traction on a moderate incline (approximately 40-45 degrees).

The patient’s lower back pain along with the symptoms of neuropathy receded after the first twice-weekly 4 sessions of 1 hour each. Dramatic improvement in symmetry imbalance between left and right paravertebrals resulted after 6 sessions.

I also suggested to her some detective work to ascertain the cause of the left side overuse during daily activities. Feeling much better, she started to engage in more activity, skiing and horseback riding. Symptoms gradually disappeared and by the 9th session were completely gone.

Then she took a family vacation which included increased physical activity and a longer break with my treatment plan. As a result she returned after 2 weeks with some symptoms coming back. Her left side paravertebrals started to tense again. I was going back to start where we left off.

Meanwhile the patient went for a routine check up with her primary care physician who recommended she see a physical therapist. The PT asked if she was aware of her hip height difference and then without any preparation grabbed her lower left leg with both hands and made a sudden high velocity pull to make a corrective adjustment.

As a traumatic reaction to the adjustment, extreme hypertonicity and spasm developed in the thoracic and lumbar erectors. Now the patient’s upper body rotation and flexion were greatly restricted, affecting even simple daily activities. At the same time sensory deficit in the foot returned, but now it was accompanied by the hypothermia (i.e., decreased local temperature) of the foot. Palpation of the leg muscles increased tingling and triggered numbness in the dorsal foot.

Incorrectly applied treatment had eliminated all the gains I had made and significantly worsened the clinical picture. Symptoms of hypothermia she exhibited called for focus on L5-S1 dermatomes.  So I added multilevel Connective Tissue Massage with particular interest in the sacral area, along with TPT and regular therapeutic massage in intervals. Also I used Sherbak’s friction on spinous processes of the lumbar vertebrae. My plan  was 3 sessions 2 days apart. Already after 2 sessions, symptoms of neuropathy (hypothermia and tingling) were eliminated. A persistent deep TP in her left QL muscle in the L4-5 level remains, together with a dull pain in the left SI joint area.

I have asked her to try long walks to see if any increase in the pain occurs. So far she reports no pain increase for three consecutive days. She was ready to add traction on the inversion table.

Traction by inversion table enhanced Trigger Point Therapy applied after Lymph Drainage starting from the chest level. At this time, all spasms are eliminated. Upon release from traction, recompression of the hip and SI joint resulted in some tenderness, indicating mobilization as a positive factor. Foot hypothermia was eliminated, but some degree of sensory deficit in the lateral left leg remains for future work. We finished with postisometric relaxation and she will do pool exercises and passive stretches. 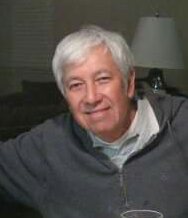