In every issue of our journal you will find Case of the Month which we will select among submitted ones. Everyone who is using MEDICAL MASSAGE PROTOCOLs in their practice may submit their cases for the review and we will share with our readers the best one in every new issue. Please, vote for the best Case of the Month in 2009, and the winner you choose will get $500 check and Certificate from the Editorial Board of our Journal!

The Case of the Month in this issue of the Journal of Massage Science has one remarkable characteristic: the author exhibited a deep understanding of the medical massage concept.

Mr. Howard Black did not start the therapy by simply addressing the peripheral clinical symptoms, instead he concentrated on the areas of nerve entrapments along the neck and the affected upper extremity. Such an integrative approach to the somatic rehabilitation allowed him to eliminate the peripheral clinical symptoms while addressing their origin – the entrapment of the brachial plexus on the neck by the anterior scalene muscle.

Consider that you have read a murder mystery novel when several suspects don’t have an alibi and each had a motive for the crime. The detective’s work is to analyze all cases to find the real murderer. This is an exact analogy for the medical massage work in complicated cases and the author gave a great clinical illustration of it.

Client is female, 50 years old and she works as a hairdresser in a studio

The first clinical symptoms appeared five years ago and client battled with them all these years going through periods of remissions and re-activations depending on her workload.

The client noticed a slight decrease of the sensations on the right hand first. At the time of the examination her entire hand was numb. She also experienced significant weakness on the right forearm and hand, especially the hand’s prehension. She complained about pain around the medial epicondyle of the humerus. During the day she experienced headaches and pain over the right ear and lower edge of the right mandible.

She was not sleeping well and usually woke up several times per night with numbness and pain on the arm, forearm and hand.

Overall I used eight weekly sessions of MEDICAL MASSAGE PROTOCOLs. Each session was one hour long.

During the first session it became apparent, through palpation, that there were hypertonuses and active trigger points in the anterior scalene, pectoralis major and minor as well as the sternocleidomastoid and the deltoid muscles.

I started out with the application of anterior scalene muscle protocol and I used the medical massage part of the Video Library. During the following sessions I worked on the pectoralis major and minor muscles using the same source.

After the first three treatments the intensity of pain in the hand and forearm subsided significantly. Now the sensory abnormalities and muscle weakness were concentrated mostly on the dorsal surface of the first three fingers. At this point of the treatment the client’s headache was resolved.

The major area of the pain on that day was around the medial epicondyle of the humerus and forearm. I used the Golfer’s Elbow protocol for this session. During treatment I also found major muscle tension in the right pronator teres muscle.

I decided to start this session from the top down. I began with upper back massage for 5 minutes and some breathing and stretching to maintain what we had gained during the application of the Anterior Scalene Muscle Syndromeprotocol.

Next, I applied the MEDICAL MASSAGE PROTOCOL for Pectoralis Major and MinorMuscles because her shoulder was in the excessive inner rotation.

For this session I again applied brief reinforcement of the previous work to determine how the tissue was releasing. I concentrated on the pectoralis minor muscle and got very nice release of the shoulder and eliminated the excessive inner rotation in the shoulder.

For this session I re-evaluated all the tissue previously worked and decided to move forward with the MEDICAL MASSAGE PROTOCOL for the Deltoid Muscle Syndrome. This went well. I was amazed how much progress we had made in regard to the intensity of the pain, resorption of the ROM and re-gaining muscle strength.

She had residual tingling on the hand and now was able to sleep all night. She appeared more bright in her presence also.

I started the session by testing all muscles I worked on to find the tightened fibers. After that I concentrated on the pronator teres muscle and I did the routine for Golfer’s elbow. Her entire arm became much more functional.

I spent more time in applying Postisometric Muscle Relaxation for each muscle I worked on to detect any remaining restrictions.

Today 90% of her clinical symptoms are gone and some residual symptoms are slowly fading away. Now I concentrate on her lower back and hip. The primary care physician gradually took her off all prior medications. 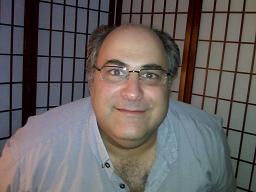 Mr Howard Black graduated from the International Professional School of Bodywork in San Diego in 1995 and the Pacific College of Oriental Medicine in San Diego in 1997.
He practices somatic rehabilitation and medical massage in Glastonbury, Connecticut. It gives him great joy to help people out of their suffering.
For hobbies he loves to read and is learning to play the guitar and practice Zen Qi Gong.
Howard can be contacted through get.massagetherapy.com.