Why do we think this case is so important? Let’s review the most common medical options the hypothetical patient with the irritation or compression of the sciatic nerve has. He or she will visit the family physician who will prescribe pain medications, muscle relaxants, some stretches and rest. The majority of the patients with Sciatica have learned from their own experience that such therapy, at best, brings just temporary relief.

The next option is physical therapy and if electro therapy and exercises are used only it will take at least ten sessions to achieve pain relief. Frequently this treatment doesn’t produce stable clinical results because it transfers the pathological condition in the latent or ‘sleeping’ stage often with reactivations. Overall the exercise of already short and spastic muscle will never eliminate this abnormality completely.

In contrast Diane Woodside showed that the application of the correctly designed MEDICAL MASSAGE PROTOCOL allows us to achieve stable clinical results quickly and efficiently. Let’s pause for a second and think about how much money her work saved the patient and the health system in general considering that it took her only two (!) sessions to free the sciatic nerve from the pressure and return her client to a normal life.

How many clients and patients like this one are wondering about different health practitioners without success and how much money their unsuccessful treatment will cost our health system? This is why we have published this case as a tribute to those massage practitioners who work in the shadow of traditional medicine, helping people who frequently give up the hope for recovery and live with every day pain sometimes for years. Here is:

My client is a 73 years old retiree. He worked as air freight manager.

In 1997 he had spinal surgery on the level L4-L5 and he was fine until two and a half years ago when he started to feel pain in the right gluteal area. Later, this pain started to radiate down to the right leg. When I saw him for the first time the pain was radiating all way down to the right foot.

He went to the chiropractor who diagnosed his condition as Sciatica. Despite the chiropractor’s treatments and over the counter pain medications he was still in severe pain. One of my clients referred him to me and he decided to give massage a try.

Examination of the piriformis muscle showed intense spasm and irritation of the sciatic nerve there. He didn’t have any additional sensory abnormalities (tingling, numbness) besides the pain along the right lateral leg and right foot. He didn’t have any muscle weakness as well. However he had active trigger points in the gluteal muscles and, hamstrings muscles.

I based my therapy on the MEDICAL MASSAGE PROTOCOL from Volume I of theMedical Massage textbook. I started treatment on his back to address the origin of innervation of the piriformis muscle. I used effleurage, circular friction along and across lumbar erectors, kneading strokes and the Big Fold Technique along the paravertebral muscles.

For the next part, I worked in the gluteal area and used friction at the insertion of the gluteus maximus into the sacrum and circular friction around the greater trochanter. After that I concentrated in the area of the right SI joint.

My next goal was to address the piriformis muscle itself. I used deep effleurage along the muscle fibers, kneading and light friction along and across of the fibers of the piriformis muscle. All the techniques I applied were just below the patient’s current pain threshold.

I finished the session working on his hamstring muscles and down his leg using effleuage, kneading and circular friction along and across affected muscles.

After about 4 days he called to tell me that he was doing much better. The intensity of the pain had subsided dramatically. He wanted to schedule another session. The second treatment was the same as the first. After the second session all pain was gone and he hasn’t had a problem since January of 2008.

Such quick and efficient results greatly impressed my client and I now see him regularly. I was able to fix his other problems as well. Periodically I work on his piriformis muscle to keep it in check. Recently his wife started to have similar symptoms on her leg and he immediately brought her to me for therapy. 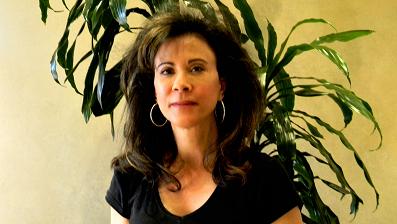 Diane Woodside graduated from Northwest Health Careers School in 1999 in Las Vegas Nevada. She works as a independent contractor at Red Rock Country Club for 9 years, and maintains a private practice.
Diane has studied many different massage modalities but none have had made the difference the way the science of massage has. Diane believes that the more she can learn the better she will be able to help her clients. This is why she focused on studying and practice of medical massage.
Diane’s interests are oil painting, opera, classical music (Beethoven, Mozart) and reading.
She loves to travel especially to Italy where she has many friends.