The shoulder is truly an amazing structure. The longer you study the biomechanical components of the upper extremity, the more fascinating it becomes. Truly, the most interesting aspect of the shoulder is the simple fact that what this structure lacks in stability it makes up in mobility. According to Robert A. Donatelli, (1997):

“…the shoulder is capable of moving in over 16,000 positions, which can be differentiated by 1 degree in the normal person.”

“…localized painful conditions arising from irritation of myofascial, periarticular, or articular tissues. Their origin and perpetuation are the result of mechanical trauma, most often micro trauma.”

Fig. 1. Classification of Movement Impairment Syndromes in the shoulder joint

In this article we will look at the Scapular Downward Rotation Syndrome (SDRS). SDRS is a terminology used to name multiple shoulder pathologies of the upper extremity. Viewing the whole picture of this syndrome will help practitioners better understand the role SDRS plays in the pathophysiology of the following pathologies (Sahrmann, Shirley, 2002):

* Rotator cuff tendinopathy, impingement and tears, * Thoracic outlet and neural entrapment, * Humeral subluxation and humeral instabilities,* Cervical Pain (including or not including radiating pain into the upper extremity), * Pain in the levator scapula and upper trapezius muscle, * Sternoclavicular joint pain.

However, this is only the beginning. Many times as therapists we forget that our body works as a completely balanced system. If we look at one impaired movement, we should also look at the opposing force, in this case it would be forces, which are responsible for the upward rotation of the scapula. Fig. 3 shows the muscles involved in the upward rotation of the scapula.

Fig. 3. Muscles responsible for the upward rotation of the scapula

There are two muscle groups that are responsible for upward and downward rotation and they always work like antagonists for the movements but agonists if the scapula needs stabilization (e.g., one types while holding elbow in the air). Any time we treat muscles using manual therapies, we should remember that the musculoskeletal system works in this agonist/antagonist fashion.

Thus, during each movement there is one muscle group that is contracting while an opposing muscle group is relaxing. With that said, if there is dysfunction or shortening of muscles that create the downward rotation, this condition will also affect the upward rotation of the scapula creating an imbalanced scapulohumeral rhythm.

Using the basic concepts of the agonist/antagonist theory we must look at the term force couple. A force couple is defined as two forces of equal magnitude but in opposite direction that produce rotation or stabilization (Frankel and Nordin, 1980). All six muscles mentioned above must fire in a specific order and against each other’s force to generate a smooth and equally balanced movement. If one of those six muscles fires incorrectly, neither the upward nor downward rotation of the scapula will occur correctly. In such case, movement is impaired and may lead to the shoulder’s most common pathology: Impingement.

Now that we have reviewed the general aspects of SDRS, let us look at the most common clinical condition contributing to this syndrome: Rotator Cuff Tendinopathy and Impingement. The pinching of any soft tissue structure between the head of the humerus (from below) and the acromio-clavicular joint (from above) in clinical practice is referred to as Impingement of the Shoulder. Various soft tissue structures can be impinged between two bone structures (i.e., AC joint and head of the humerus): the subacromial bursa, the rotator cuff tendons, or the tendon of the long head of the biceps brachii muscle (Sahrmann, Shirley, 2002).

Which came first, the chicken or the egg? Does local inflammation in the form of tendinopathy supersede impingement or vice versa? Another critical question that the practitioner should answer is if the peripheral nerve, which innervates the shoulder joint, is irritated somewhere and therefore, could be the initial cause of the shoulder’s problem.

The therapist must understand that tendonitis and impingement go hand in hand, but are two distinct creatures. The tendon that is inflamed, (i.e., tendonitis or tendinopathy) is treated much differently than the impingement, which is a more global response to the insufficient upward rotation of the scapula causing the humerus to impinge against the coracoacromial ligament (Sahrmann and Shirley, 2002). Additionally, irritation of the brachial plexus by the anterior scalene muscle will mimic the clinical picture of tendinitis without local inflammation in the tendon being the initial trigger.

Very frequently, the doctor’s referral may state a diagnosis such as, “Shoulder Pain” or “Shoulder Tendonitis.” Despite that these diagnoses are correct to obtain reimbursement from medical insurance companies, they do not give the practitioner sufficient information on how to formulate a treatment protocol. The correct treatment must be based on a clinical evaluation of the soft tissue over the shoulder joint and its functions using valid testing methods. Thus, as a therapist, it will be our job to make correct clinical decisions to determine what the initial cause of the pain is: local inflammation, movement impairment syndrome or chronic irritation of the peripheral nerve responsible for the innervation of the shoulder joint. For example, if a patient was referred with a diagnosis of Shoulder Tendonitis, the therapist needs to know whether the long head of the biceps brachii tendon or the supraspinatus tendon are involved or both. In addition, the therapist needs to rule out any irritation of the brachial plexus for every client with shoulder pain.

1. First the practitioner needs to observe the function of the affected joint.

Pay attention to the client’s body language as soon as you see him or her in your therapy room. Ask the client to show you the movement or restriction that causes the most discomfort. Visually observe the movement and compare it with unaffected side.

2. Examine the potential irritation of the nerves innervating shoulder joint.

3. Examine the shoulder using the basic orthopedic tests we discuss below.

Also, the therapist may enhance the accuracy of the evaluation by performing Range of Motion (ROM) assessments using a goniometer. This may be beneficial in determining functional deficits and later used to detect progress of the therapy. It also gives additional validity to the paperwork submitted to the doctor’s office or insurance company.

4. Finish the evaluation with a palpatory examination of each muscle.

Separately examine each muscle we discussed above to detect local spasm, hypertonus or trigger point locations.

WT gives 100% accurate information if tension developed in the anterior scalene muscle (ASM) that in turn compresses the brachial plexus against the middle scalene muscle.

The first part of the video shows the initial placement of the practitioner’s thumb for the execution of the test.

Notice that the thumb must be placed flat just above the clavicle. The second part of the video shows the application of the pressure in the correct spot. Notice how the thumb rotates and pushes down behind the clavicle. When applying pressure on the correct spot, the tendinous part of the ASM is felt as a cord, and the practitioner feels pulsation of the subclavian artery under the finger.

WT is considered positive if the patient feels acute pain while the practitioner applies even moderate pressure in this area or an already existing symptom gets worse, e.g., pain radiates to the shoulder, or paraesthesia (i.e., sensation of tingling) becomes numbness, etc.

CT gives 100% accurate information if the Pectoralis Minor Muscle irritates the brachial plexus. At the beginning, the video shows the client’s position during the application of the CT. Notice that the client’s palms are turned skyward (supination). The second part of the video shows the application of the CT to examine Pectoralis Minor Muscle.

The CT is considered positive if the patient reports acute pain under the practitioner’s thumb or pain or any other uncomfortable sensations appear in the area of the shoulder.

YT allows us to detect the presence of tendonitis of the long head of biceps brachii muscle. The client is standing. The practitioner should bring the client’s arm in 90 degree flexion in the elbow joint with the client’s thumb facing the ceiling. Thus, the forearm is in a neutral position, which is half-pronation/half-supination.

ST also examines the presence of inflammation in the tendon of the long head of the biceps brachii muscle. The client is in the standing position with his forearm in complete supination (i.e., palm faced forward). Now, ask the client to slowly elevate the entire upper extremity without bending the elbow. While the client does this, the practitioner should provide counter resistance but with enough pressure that the client is only able to elevate the arm with significant difficulty. ST is considered positive if, during the active arm elevation against the examiner’s resistance, the client feels pain on the anterior shoulder in the area of bicipital groove.

YT is considered more sensitive than ST in regard to tendonitis of the long head of biceps (Holtby and Razmjou, 2004).

HT allows us to detect tendonitis of the supraspinatus muscle (see video below). The practitioner should passively abduct the arm approximately to 90 degrees in the shoulder joint (phase 1) and after this passively flex the elbow to 90 degrees as well (phase 2). From this position, use passive inner rotation in the shoulder joint (phase 3). Be sure that the patient does not participate in all these maneuvers. HT is considered positive if the patient feels acute pain during the inner rotation.

NS allows us to determine if the tendon of supraspinatus or infraspinatus muscles or long head of biceps brachii muscle is pinched between the head of the humerus and the AC joint. The client is in the sitting position. The examiner is standing behind and to the side of the client. The examiner places one hand on the client’s shoulder and stabilizes it by pushing the shoulder down. The other hand grabs the client’s forearm and passively pronates it. Now, ask the client to tighten the elbow only. The examiner elevates entire upper extremity as high as it goes while pushing down on the shoulder with other hand without any active participation from the client (the therapist must feel the weight of the upper extremity).

NS considered positive if the client feels pain in the area of shoulder joint. However, there are important distinctions in the localization of the pain since three structures can be compressed between the head of the humerus and the AC joint (supraspinatus, infraspinatus and tendon of long head of the biceps). Thus, the examiner may get three possible readings:

By understanding the complex nature of movement impairments of the scapulothoracic region, in this case SDRS, the therapist will be able to assess and address the original cause of the problem, restoring balance in the function of the shoulder joint and eliminate movement impairment syndrome. 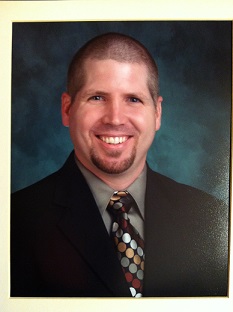 Jeffery B. Wood LMT, COTA/L, B.S. has 17 years experience as a Licensed Massage Therapist and 15 years experience as a Certified Occupational Therapist Assistant. Jeffery graduated from the University Of Central Florida with a Bachelor of Science in Technical Education and Industry Training. He is the founder and CEO of Therapeutic Touch & Bodywork, Inc., which provided clinical massage therapy services for the ten years in Citrus County, Fla. Jeffery also owns and operates Massage Smart: Education in Action, which provides high quality, continuing education for Licensed Massage Therapists, allowing therapist to improve their overall knowledge and skill level.
Jeffery also served as the AMTA Heart of Florida Unit Chairman from 2006-2009 and was elected as an AMTA Florida Delegate for 2010 and traveled to the AMTA National Convention to represent the AMTA Florida Chapter at the Delegate Session. Jeffery is also the Lead Instructor and Massage Therapy Program Director at Withlacoochee Technical Institute. If you are interested in contacting Jeffery, visit www.massagesmart.com