Recently I saw a patient who went through knee replacement. His major problem was significant peripheral edema from below the knee all way to the foot. For more than two weeks I battled with it. I did the entire LDM protocol but edema was coming back the next day with the same intensity. Both the patient and I were discouraged.

After thinking and analyzing his symptoms, I decided to concentrate on the posterior knee before LDM application. I relaxed the posterior leg muscle, did connective tissue work, worked on the tendinous parts of the gastrocnemius and soleus muscles and at their insertions. I repeated the same protocol for the hamstring muscles. After all of that I applied LDM protocol on the affected lower extemity. These adjustments in the treatment protocols made a huge difference. Within a week I got the peripheral edema on the leg and foot under control.

On the other hand, the surgeon’s reaction was completely different. He didn’t know and asked the patient what he had done to completely eliminate the edema.  The patient replied that it was the efforts of his massage therapist that fixed the edema problem.  The surgeon told him that a massage therapist could not have brought about this kind of a change in such a short period of time, if ever.  Despite that, the patient went on to describe how much he had to urinate during and after my visits and the surgeon still didn’t believe him.

1. If lymphatic drainage is compromised as a result of scar tissue formation, especially after surgery (knee replacement in this case), LDM by itself doesn’t guarantee stable clinical results of edema elimination. It will help to reduce edema, but it will have a tendency to come back. 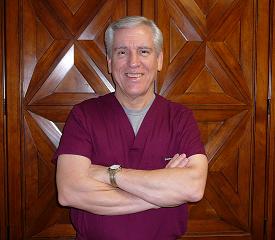