Last month one of the pain management physicians associated with our clinic sent us a patient with right side chronic upper abdominal pain. The patient was in a car accident almost two years ago. After initial impact she developed acute upper and middle back pain and she was treated by a chiropractor and a PT for several months until what was left was right upper abdominal pain that didn’t have any explanation. All necessary tests were done. She went through an abdominal ultrasound, an MRI, various blood tests and even a colonoscopy and all tests didn’t find any abdominal origin of the pain she experienced.

Her insurance company refused to pay for any additional medical services and her lawyer suggested she start legal proceedings since it was the only way for her to pay for mountains of medical expenses.

The pain management physician who treated her for almost three months finally sent her to our clinic for evaluation as a last resort. The patient was very upset about her situation, especially because her physicians and insurance company didn’t believe her pain was a real thing.

During evaluation the patient pointed to the upper abdominal area just below the rib cage where she felt pain which increased in intensity with physical activity or her going to the bathroom. Indeed, careful abdominal palpation revealed tension in the right side abdominal musculature with a definite difference from the left side. There is no way a patient can fake only one side tension in the abdominal muscles. This meant one thing – her pain was a real clinical problem.

That finding completely changed the clinical dynamic. Since this part of the abdomen is within the borders of the T8-T9 dermatomes, we decided to examine the soft tissues all way to their origin. As soon as we started to put even mild vertical pressure along the 8th and 9th ribs starting from the paravertebral areas, the patient screamed that this was exactly the pain she felt in the upper right abdomen. Further evaluation revealed very sensitive active trigger points in the thoracic paravertebral muscles and periostal trigger points along the lower edge of the 8th rib and upper edge of the 9th rib.

At the same time, the application of vertical pressure on the spinous processes of T8 and T9 didn’t trigger any uncomfortable sensations. The situation became very clear at this point. The patient had mild subluxation of the 8th and 9th ribs as a result of tension in the middle back paravertebral muscles, which use these ribs as stabilization points. As a result of mild ribs’ subluxation, the pain the patient felt was referred pain along the intercostal nerve and it affected dermatomes in the upper abdominal wall, which mimicked her problem within the abdomen.

This week we had the last treatment session with this patient. She is completely out of pain. She puts on chest compression as soon as she is up. We suggested that she use the abdominal belt, which she placed on her chest after complete exhalation and closed its Velcro in this position. Careful exercise and stretchings in the swimming pool in the combination with chest compression for two more weeks will stabilize the ribs and she will have a completely normal life.

1. The Dermographism Test is a very simple and very effective tool to determine if there is irritation of the nerve which supplies the skin

2. If as a result of mild subluxation of the rib the intercostal nerve is compromised, the patient may not complain about pain in the back or even on a side but at the end of a dermatome closer to the body’s middle line

3. Residual tension in the shorted paravertebral muscles which wasn’t eliminated during the previous therapies was responsible for the ribs’ subluxation 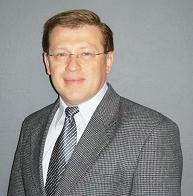 Dr. Turchaninov graduated with honors from the Odessa Medical School in Ukraine in 1982. He was admitted to the residency program of the Kiev Scientific Institute of Orthopedy and Rehabilitation, which he completed in 1985. After his residency, he worked as a physician at the Clinical Hospital of Department IV of the Ukrainian Ministry of Public Health. From 1986 to 1988, he worked as a supervisor of the rehabilitation program for the Ukrainian Ministry of Public Health. During these years, he also worked with the medical team of the relief effort following the Chernobyl nuclear plant disaster. From 1988 to 1992, Dr. Turchaninov worked as a senior scientific researcher at the Kiev Scientific Institute of Orthopedy and Rehabilitation.In 1989, Dr. Turchaninov obtained his PhD degree in medicine, and in 1990, graduated from the Kiev Scientific Institute of Orthopedy and Rehabilitation’s manual therapy and medical massage programs designed for physicians.In 1992, Dr. Turchaninov was invited to work in rehabilitation centers in New York City and Scottsdale, Arizona, as head of their medical massage program.In 1998, he founded the publishing company Aesculapius Books. He lectures in the U.S. and abroad on issues of manual therapy and medical massage, and is regularly invited to speak at American and international conferences. Dr. Turchaninov is author of more than 40 scientific papers and other publications in European and Amercian medical journals. He is author of three major textbooks:Medical Massage, Volumes I and II, and Therapeutic Massage: A Scientific Approach.His is founder and editor of Journal of Massage Science.Dr. Turchaninov lives in Phoenix, Arizona with his wife and daughter. His interests are literature, art, history and travel.