NEWS FROM THE CLINIC

We have concluded posting our five-part article about Medical Massage therapy for headaches. Here is a case from the clinic in Daytona Beach, Florida associated with SOMI.

Dr. Jeff Cullers, who practices Medical Massage there, illustrates here the practical application of the information from the article. It gives therapists a first-hand professional experience on how MEDICAL MASSAGE PROTOCOL for Headache was successfully applied in a clinical setting.

Recently a 35 year-old female came to my office suffering from debilitating Headache. She was crying, extremely distraught and could barely maintain a conversation without effort and pain. The situation was even more complicated since she was supposed to leave on a long anticipated vacation with her family.

Her main complaint was that she had been suffering from Headache/Migraine type pain for the previous 2 weeks. Due to the severity of symptoms she had gone to the emergency room twice, was evaluated by a neurologist, had a CT scan and an MRI of her head and neck. The diagnosis she was given at the ER was acute Headache/Migraine. She was prescribed medications which she took but stated that the medications were only temporarily relieving the intensity of the symptoms. She was otherwise healthy and stated she had no previous trauma or external stressors.

She told me that recently she’d been seen by a chiropractor but after having a cervical manipulation, her Headache had persistently worsened. She had been using ice on her neck. She rated her head pain at a 9/10 on the Mankoski Pain Scale. She described her pain as constant, right sided, sharp, radiating and shooting into the right side of her temporal and frontal head as well as the right eye. She also said that pain worsened when she looked up into neck extension. I suspected that her Migraine was triggered by compression Greater or Lesser Occipital Nerves.

Bilateral restriction of cervical ROM in all planes accompanied by moderate pain. Intensity of pain increases when patient from the cervical flexion moves head into extension.

6. Eyeball Palpation Test – Upon visual assessment the right eye was protruded from the orbit. The application of mild pressure on the right eye ball triggered pain behind the eye.

Based on her symptoms and evaluation I considered my initial assessment to be correct. The patient suffered from Migraine developed secondarily as the result of compression of the greater occipital nerve by posterior cervical and sub-occipital muscles. A Cluster Headache on the right became the consequence.

I started with MPS Therapy to the Parasympathetic and Migraine Acupressure points for 15 minutes, followed by the MEDICAL MASSAGE PROTOCOL for Migraine/GONN for 30 minutes. Based on the evaluation I included to the basic protocol work on the CTZs using mobile cupping using silicone jars and Trigger Point Therapy, after detecting entrance in each TP and at the end of the session, the PIR protocol for each cervical muscle was performed separately to insure stability of clinical results.

The 2nd visit consisted of the same treatment protocol. There was an initial flare up of symptoms on the next day after the first session and very mild improvement by our second meeting. The patient said that her neurologist recommended injection around the greater occipital nerve and she considers doing it during a following visit to her neurologist.

Before the beginning of the session the patient excitedly informed me that she felt much better with only mild Headache present. She looked optimistic with a smile on her face and palpatory evaluation revealed a significant decrease of hypertonicity of the posterior cervical and suboccipital muscles. The right eye ball didn’t protrude from the orbit.

According to the patient, Headache symptoms decreased by 95% and her Cervical ROM was completely pain free. The same treatment protocol was performed.

The patient was able to go on the Disney Cruise with her family. She contacted me after she returned and stated that she and her family had a fantastic vacation and that she was completely symptom free. I recommended that she schedule one visit per month for a session of Medical Massage as a supportive measure to prevent accumulation of tension in the posterior neck.

1. Evaluation which is provided by SOMI is a must component of the therapy since it allows the development of a correct treatment strategy.

2. Therapists must formulate therapy using MEDICAL MASSAGE PROTOCOLs as a foundation, but be creative in using steps which match the patient’s symptoms.

3. Removing tension in the soft tissues on a layer by layer basis allowed us to completely eliminate an acute Migraine Headache in only 4 visits! 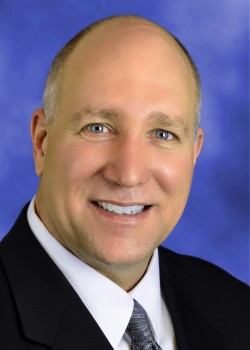 Dr. Jeff Cullers is a unique practitioner since his deep understanding of somatic rehabilitation is a result of combining experience as a chiropractic physician and massage therapist. Also he is among a minority of educators who preaches to the students what he practices on his patients and he does all of that based on the massage science.