I have always been fascinated by the clinical application of massage therapy. One of the leading scientists in the field of modern Medical Massage therapy, Prof. Aksenova, MD, once stated that:

“The treatment of ANY disorder of the human body has to include the appropriate method of massage therapy.”

During my professional career, I many times witnessed how true this statement is. However, even after years of practicing, studying and teaching, the clinical potentials of massage therapy still surprise me. This article is to share with readers one such example I recently witnessed. It started with a member of my family.

For a few years, my father-in-law has complained of dry eye sensation and recently it became so bad that it started to affect his vision. According to him it was like he sees images through thin film.

He went to ophthalmologists in Odessa, Ukraine and was diagnosed with a condition called Dry Eye Syndrome. Prescribed treatment didn’t work. He tried various eye drops, hot compresses, medications, and even probing but his condition worsened. When he visited the US we consulted with an ophthalmologist here with the same diagnosis confirmed and similar treatments which again didn’t produce any results. I also used Eye Therapy on him, which is part of MEDICAL MASSAGE PROTOCOL for Headaches, but without any success as well.

Several months ago he called and cheerfully informed us that he completely recovered and all symptoms are gone. We were very happy for him and I asked what therapy finally helped him. To my complete surprise he said that special massage of his eyes entirely eliminated symptoms of Dry Eye Syndrome and restored his vision. Of course I asked for details since I’ve never heard about such an application.

To fully understand the therapy we will discuss below, we need to look into the cause of Dry Eye Syndrome. On the upper and lower eyelids we have special sebaceous glands which produce oil. These glands were discovered by German physician Heinrich Meibom in 1666 and they named the Meibomian glands after him. 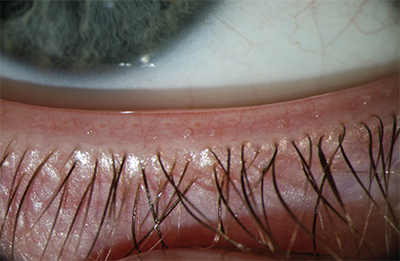 The oil which is secreted by these glands is called Meibum and it plays a critical role in the normal function of the eye since it:

To accomplish these complex functions the Meibum has a very elaborate composition of 100 major lipids, over 90 proteins and electrolytes (Shrestha et. al., 2011). Every time we blink and our orbicular oculi muscle contracts a tiny portion of Meibum is released into the eye maintaining the tear film (Linton et. al., 1961). Fig. 2. Illustrates the composition of tear film. 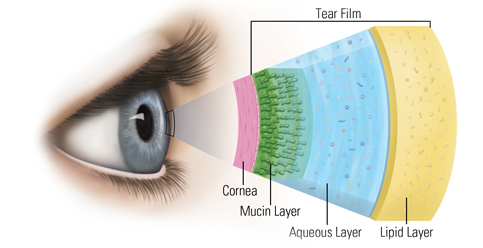 As you can see in the picture above Meibum form the outer layer of the tear film (marked ‘Lipid’ in the picture) and it protects its inner layers allowing the eye to function properly.

Dry Eye Syndrome is a condition when the Meibomian glands are not secreting enough oil or secreted oil is poor quality. If gland openings get clogged, less oil comes out and it greatly affects eye function since tears quickly evaporate. Also, clogging of these glands may trigger a condition called Blepharitis, which is inflammation of the eyelids.

The widely accepted treatment protocol consists of artificial eye lubricants, topical steroids, fish oil, warm compresses, self-massage of upper and lower eyelids and treatment with pulse light. More aggressive treatment is Meibomian gland probing. It is conducted by an ophthalmologist who after anesthetic eye drops uses a hand-held instrument to manually dilate the openings of each Meibomian gland. However, all of that may not eliminate glands’ clogging.

Recently special forceps for draining Meibomian glands by ophtalmologists were introduced. Here is a video which illustrates forceps application. It is also a great illustration of the clogged Meibomian glands since you may observe their drainage by forceps closely.

Let’s come back to the story about my father-in-law now. After months of searching he went to the eye clinic where the simple massage procedure was used for years to drain Meibomian glands way before forceps where even developed. It is less unpleasant and usually conducted by the specially trained therapist.

The video below illustrates the drainage of Meibomian glands conducted by the therapist in the Tarus Ophthalmological Center in Odessa, Ukraine. The head of the center is Prof. Sergei Shchipun, MD.

This is not treatment therapists are supposed to do alone in their office. It is a medical procedure which is done by a specially trained therapist who works in the ophthalmological clinic. The intention of this article and video is show how wide the clinical application of massage therapy is. The comments in the video are Russian and I will briefly describe the steps you see and comments by the therapist in the video: 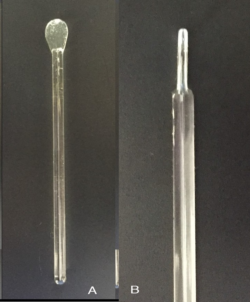 Fig. 3. Eye probe which is used for the drainage of Meibomian glands

b – side view of flat end

I think this is a fascinating example of how simple manual procedure can make dramatic changes in the lives of patients. This is why all of us need to work together to bring massage therapy back into traditional American medicine where it originated and belongs.

We would like to express deep appreciation to Prof. Sergei Shchipun, MD for his clinical expertise and willingness to share materials from his clinic with SOMI.

Linton RG, Curnow DH, Riley WJ. The Meibomian Glands: An Investigation into the Secretion and Some Aspects of the Physiology. Br J Ophthalmol, 1961;45:718-23.