This Case of the Month is submitted by Sally Ramsey, BBA, LMT from Massage Connection in Sarasota, Florida. Under the leadership of our former student Shea Shulman, CMMP, LMT, who tirelessly works with her practitioners to elevate their clinical skills, this clinic fully embraces and effectively practices Medical Massage.

Sally is one of those therapists who expanded her practice and professional horizons into the Medical Massage field. The complex clinical case she sent to JMS illustrates the power of Medical Massage, Sally’s professional skills and the advantage of the team work which is greatly advocated by Shea Shulman. We wish more clinics like Massage Connections would embrace Medical Massage and be able to help patients with various somatic abnormalities.

The client was a 70 year- old male who came into our Medical Massage clinic in Sarasota for a shoulder evaluation due to pain there. However, during the interview he mentioned that his major problem is bilateral hip pain, but since he had a very complicated situation, he had lost all hope and came to the conclusion that he must live with this pain. The head of our Medical Massage Clinic, S. Shulman, CMMP, LMT assisted me with initial evaluation and testing.

In December of 2013 the client went through total right hip replacement. Several years prior his left hip was partially replaced, but in April of 2014 his left endoprosthesis broke and a new one had to be put in, but now as a total hip replacement.

In February of 2016 the client developed a left hip infection which lead to sepsis and he almost completely lost his leg. His infection was cured with intense antibiotic therapy, but he almost lost the ability to bear any weight on the left hip. As a result of the uneven distribution of weight, he developed severe pain in the right hip as a compensatory reaction.

Although being a novice Medical Massage practitioner, I was inspired and motivated by the complexity of this client’s case and completely trusted the MEDICAL MASSAGE PROTOCOLs from SOMI for an eﬀective solution!

The Right Hip – limited lateral rotation and ﬂexion. The maximum of rotation the client could exhibit was placing the right foot midway between the left ankle and knee. Further lateral rotation was very painful.

The Left Hip – virtually no lateral rotation or ﬂexion. The left foot could be placed just slightly above the right ankle.

The area of sensory deficit was approximately 1.5” x 5” near the upper portion of rectus femoris and vastus lateralis. The skin in this area was cool to the touch and at the same time the client experienced complete numbness there. As a test, I used cupping in this area and it didn’t change the intensity of symptoms since treatment didn’t trigger peripheral vasodilation and didn’t bring blood to the area. All of these indicated that the client also had symptoms of irritation of the femoral nerve.

He had almost every trigger point that could exist active from the Quadratus Lumborum to the gluteal muscles including piriformis and quadriceps along with hamstring muscles. In both feet, the client exhibited symptoms of Plantar Fasciitis, but on the right foot the periostal trigger point was detectable on the heel bone.

It should be noted that this client was extremely cooperative. When home instructions were given, he followed explicitly (Epsom salt bath, movements in the water, passive stretching). I also suggested he contact his orthopedic surgeon prior to our sessions starting so that I would be informed of any limitations with his artificial joint.

His primary goal was reduction of pain and being able to put his shoes on without enlisting his wife’s help. His secondary goal was to be able to scuba dive again.

Being uncertain as to how many sessions it might take to achieve stable clinical results, I initially asked for 2 sessions per week for 4 weeks. I also educated him on the cumulative eﬀect of treatment when results are building up from session to session until healing.

The focus of the ﬁrst 2 weeks was removing any fascial restrictions and restoration of the anatomical length of the gluteal, thigh and leg muscles. To accomplish that I worked on superficial and deep fascia, used kneading, passive stretching, Trigger Point Therapy and Postisometric Muscular Relaxation on skeletal muscles and addressed area of sensory deficit in the skin with Mobile Cupping.

A 50% pain reduction (to level 3-4) was accomplished after the first two sessions. It sustained at that level until all TRPs were eliminated. At the end of second week the pain level dropped to 1 or 2.

After 2 weeks, the area of sensory deficit reduced to a 4” section and client remarked now in the area of numbness he started occasionally feeling a tingling sensation. That was a positive sign towards the restoration of femoral nerve function.

By the end of September of 2016, once pain was removed from the picture, he was able to climb 3 ﬂights of stairs, walking 1-2 miles two times per week. His surgeon has seen him for a follow up…and was very pleased with the results of our work. His wife said that I gave her back her husband.

No sensory deficit and complete restoration of the femoral nerve dysfunction

Walking without support for 2-3 miles

Right hip rotation and ﬂexion: he could put shoe on without any help

He and his wife went scuba diving this past June! 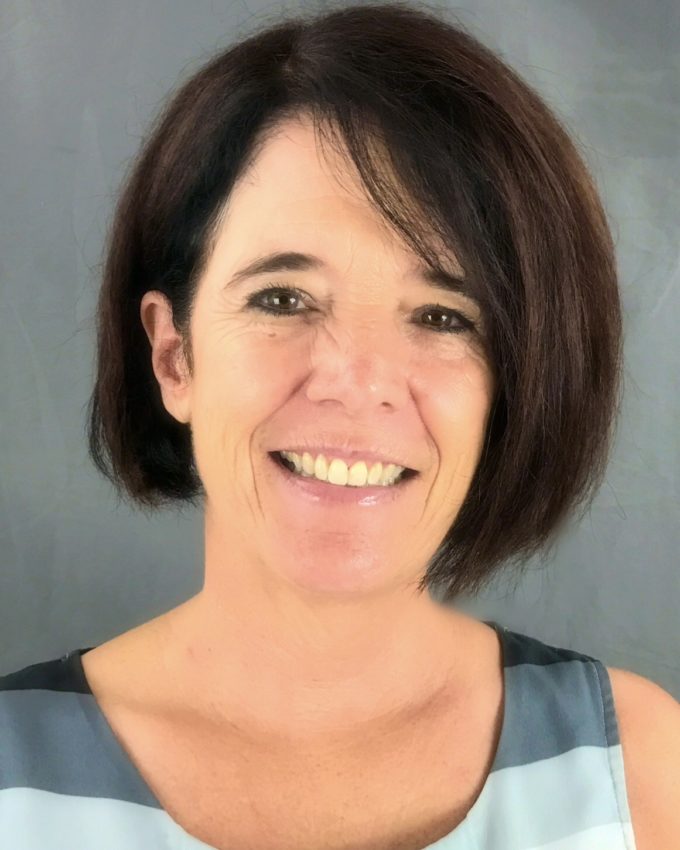 Having moved from Georgia a few years ago, I am delighted to call Sarasota home. My work is described as intuitive and problem solving, blending art with science. As a 2-year student of SOMI Medical Massage, it’s exciting to build my practice upon proven techniques and I am most appreciative of the mentoring and support. I have a passion for serving those overcoming obstacles and have found the MEDICAL MASSAGE PROTOCOLs most effective!