We hope our readers have noticed that the News from the Clinics section of JMS has the goal of informing therapists about varieties of pain syndromes they may encounter. We are trying to promote and enforce in therapists clinical thinking and an ‘out of box’ mentality. We believe it helps to see the bigger picture since clinical reality is frequently more complex than many therapists think. This case from our clinic is a great illustration of that.

Approximately four months ago a new patient was referred to our clinic with constant posterior gluteal pain which intermittently radiated to her groin and to the back of her knee. The pain gets worse after even short walks while it subsides when the patient is in the prone position. She feels it moderately when she sits.

The patient is a 75 year-old women who has had this pain for almost year now. She was diagnosed with Sciatic Nerve Neuralgia and went through all treatment options available: medications prescribed by her PCP, neurologist and rheumatologist consultations, PT, massages, chiropractic manipulations, acupuncture and prolotherapy without stable clinical results. Yes, some treatments gave her relief in pain intensity, but eventually the symptoms came back.

An MRI showed a relatively healthy (for her age) hip joint and degenerative changes of her spine, but without significant spinal stenosis. However, considering their presence, she also went through 3 epidural injections which were the most effective therapy since it gave her an almost pain free month. However, later the same pain re-occurred. Eventually the patient was sent to our clinic by her frustrated primary care physician.

Evaluation clearly pointed to tension in the piriformis muscle and entrapment of the sciatic nerve. Freiberg’s Sign was positive. The piriformis muscle harbored an active trigger point and there was weakness of the gluteal group. However, she didn’t exhibit any sensory deficit in the sciatic nerve distribution. There were no other significant symptoms and the rest of the testing was negative.

Here is ‘box mentality’ at its best. Even though she was treated for pirifromis muscle tension by other health practitioners, we started by addressing her pain with the same exact notion. Of course, after 5 sessions it was obvious that we were making the same mistake despite that symptoms of moderate Sciatic Nerve Neuralgia were definitely present.

At this point our clinic had two choices: give up or re-evaluate and research. Of course, we choose the second option since the reputation of our clinic was at stake. There is supposed to be an explanation for her persistent pains. We offered her free treatments until we identified the real trigger(s) of her pain.

While going over medical literature and examining potential causes, I found a forgotten by me syndrome called Ischiofemoral Impingement Syndrome (IFIS). While I was reading more about it I started to remember my own training decades ago when my teachers mentioned it. The more I read about it the more striking the resemblance it had to IFIS.

Typically patients with IFIS are older women (our patient was 75), have had several successful pregnancies (our patient had three kids), the pain gets worse after long walks and greatly subsides in the prone position (she reported that), pain may have occurred within sciatic nerve distribution and some patients also complain about pain in the anterior hip and frequently it is misdiagnosed as Hip Osteoarthritis (it was the exact combination of symptoms our patient had). With new data we asked the patient to come back to the clinic and we performed two simple tests: Long-Stride Walking Test and Compression Test.

The Long-Stride Walking Test is considered positive if the walk with slow long steps triggers the same pain pattern. When we showed the patient how we would like her to walk along the corridor she greatly hesitated even to make the first step. Even at this point I was sure that we found the actual trigger. The patient’s brain already knew that this walking pattern would trigger the pain and her conscious could not override the protective muscle tension the brain already had formed as a defense reaction. After some concentration she tried to make the first long step and she simply could not because of acute pain in the gluteal area which radiated to her hamstring muscles.

The Compression Test was done on the quadraus femoris (QF) muscle. Application of pressure on the muscle belly was moderately painful, but as soon as even mild pressure at the insertion of the QF into the upper femur was applied she screamed “That’s it! That’s It.” So, we successfully identified the initial trigger, which was tension in the quadratus femoris muscle due to its compression between the femur and ischial bone and formation of an active periostal trigger point at the insertion of the QF into the femur.  Now what to do about it?

There is no established MEDICAL MASSAGE PROTOCOL for IFIS since it is a relatively rare pain syndrome. The only solution was to ‘invent’ protocol based on the anatomic arrangement of the tissues in this area, the age of the patient and her symptoms distribution. However, before we discuss that let’s shortly review what IFIS is. 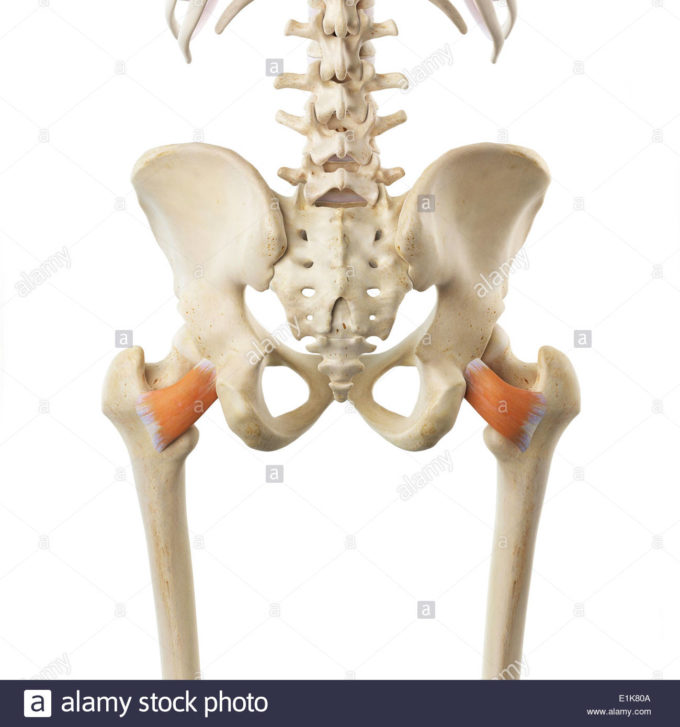 Fig. 2 Illustrates the 3-D MRI picture of the posterior hip with ischiofemoral space indicated by ‘A’ and ‘B.’ 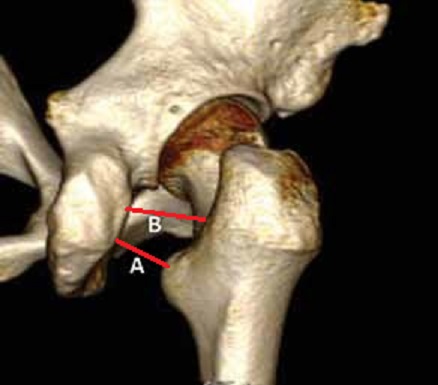 Fig. 2. MRI of the posterior hip with ischiofemoral space

According to Marín-Peña et al., (2016) the narrowing of ischiofemoral space happened as a decrease of distance between the posterior edge of the greater trochanter and ischial bone (Fig. 2‘A’) or between the lesser trochanter and ischial bone (Fig. 2’B’). In both scenarios QF became compressed between both bones and that by itself will trigger posterior gluteal pain while it will have the tendency to radiate into the hip joint, mimicking OA. Additionally, instability of the femur and its now closer proximity to the sciatic nerve causes its secondary inflammation and edema with clinical symptoms of Sciatic Nerve Neuralgia.

Why do females only suffer from IFIS? Females have a wider pelvis than men and this basic anatomical arrangement brings the femur closer to the ischial bone. That is the reason for compression of QF between both bones in the ishiofemoral space.

The video below illustrates the anatomy of the area on our patient: dashed lines indicate greater trochanter with the upper femur; the waved line is the ischial bone; the dotted line is lower edge of gluteus maximus muscle and the two solid lines are the upper and lower edges of QF muscle.

The next video illustrates the three-part application of the Compression Test to rule out IFIS. You will observe the finger placement and direction of pressure to examine:

1. Belly of the QF muscle

2. Insertion of QF into the ischial bone

3. Insertion of QF into the femur (our patient case)

There are limited treatment options for patients with IFIS – Physical Therapy to strengthen hip abductors, steroid injections and if both fail, endoscopic surgery. Surgery gives mixed results. We tried to address that using Medical Massage.

We drained the area, worked on superficial fascia with skin rolling, used friction along, across the fibers of the gluteus maximus (GM) and finished with kneading to relax its protective reaction. At the end of the GM’s kneading we switched to the kneading techniques targeting deep fascia which separates GM and QF. Using fibers of the GM we started to work on the belly of the QF muscle (Kassarjian et al., 2011). All strokes were directed along the fibers of the QF and this direction does not coincide with fibers arrangement in the GM.

The lower edge of the QF is directly accessible under the lower free edge of the GM and this is a precious element of the therapy because the therapist now can work directly on the fibers of QF without engaging GM. The video below illustrates the application of friction along and later across the fibers of the belly of QF with thumb placed under the lower edge of gluteus maximus muscle.

Next, we used PIR for the QF muscle when the patient actively engaged her hip into two consequent movements lateral rotation and adduction against resistance and during the passive stretching phase we passively rotated and abducted the thigh in the hip joint. At the end of the session we worked on the insertion of the QF into the femur. Finally, we increased ischiofemoral space by passively stretching it in the lateral direction.

The pain the patient suffered for more than a year was completely gone after 3 sessions! Here is the video of our patient performing the Long-Stride Walking Test in the corridor of our clinic without any gluteal pain.

2. If in 2-3 sessions there are not any changes positive or negative the mistake was made during the evaluation process and the currently chosen treatment strategy must be changed based on the evaluation.

3. Keep in mind IFCS as a possible trigger of posterior hip pain in females.

4. Don’t give up and do research! This is the best part of this wonderful profession when a simple solution is found when everything else failed.